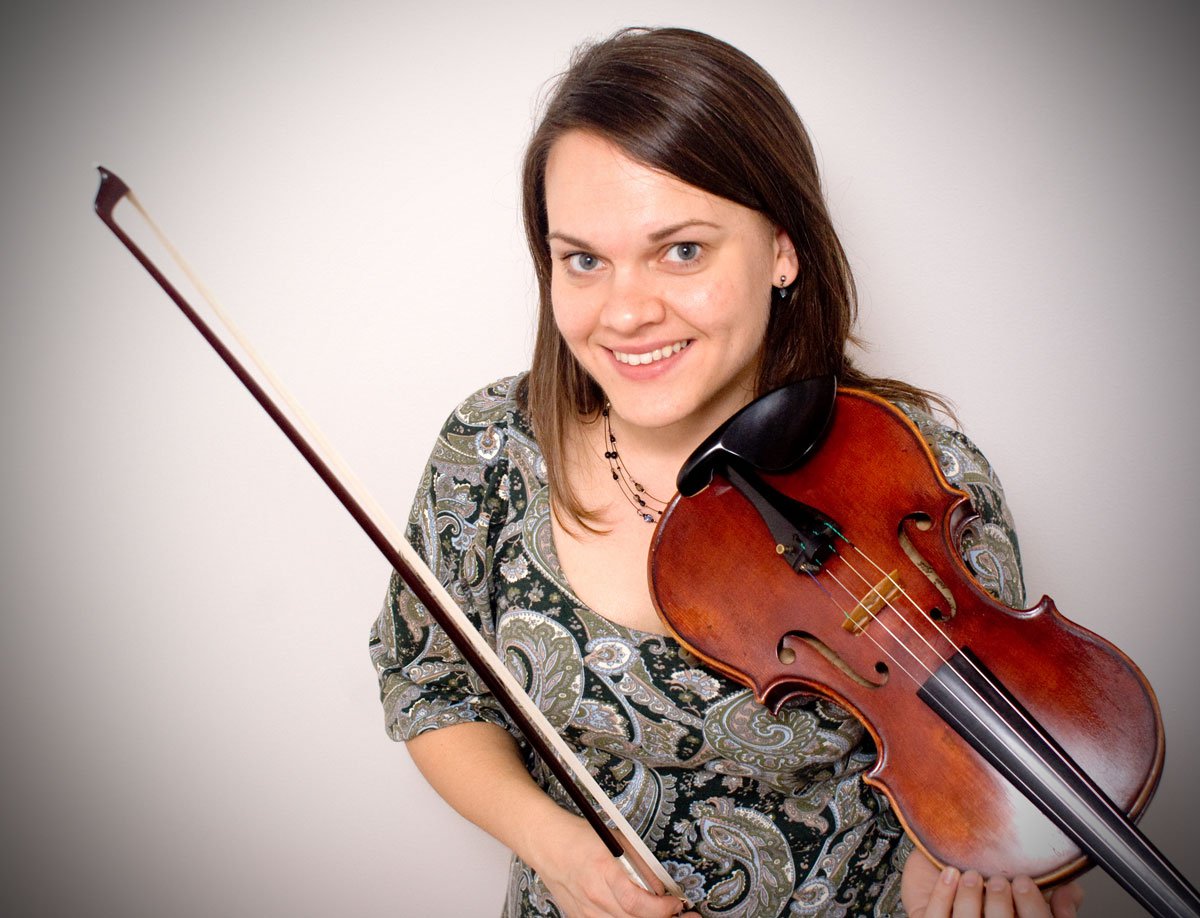 Sarah Loveridge is an in-demand violinist as much at home on the concert stage as an orchestral player or soloist, as in recording sessions in the studio. Regular orchestral performances include concerts with the Cardiff Sinfonietta, Jersey Symphony Orchestra, Welsh Sinfonia, English Symphony Orchestra, British Philharmonic Concert Orchestra, and Bath Philarmonia. As a soloist and chamber musician recent performances include the Kodaly Duo, Shostakovich String Quartets and Schumann Piano Quintet. Her studio work can be heard on the radio, film and at live festivals around the world with sessions for Public Service Broadcasting and The HiLife Companion, amongst others.

Sarah is a graduate of the Royal Welsh College of Music and Drama, and The University of Birmingham. During this time she studied with Lucy Gould and Jeremy Ballard, gaining orchestral experience with the BBC National Orchestra of Wales, performing in several masterclasses with renowned international artists, and forming The Ardeton String Quartet. She is also an Alumni of the Britten-Pears Young Artists Programme, appearing in numerous concerts at the Aldeburgh Festival and Snape Proms, as well as the National Musicians Symphony Orchestra and National Youth Opera. She has worked with some of the world's leading conductors and soloists in many of the UK's major concert halls. Originally from Manchester, Sarah began learning the piano and flute at a young age, but it was frequent trips to the Halle Orchestra's Family Concerts which started her particular love of the violin and viola.

Now based in Bristol, Sarah has worked in many of the country's finest music venues and with many internationally acclaimed conductors, composers and soloists. Highlights include recording at Peter Gabriel's Real World studios, performing to HRH The Prince of Wales, working with conductors such as Paul Daniel CBE, Sakari Oramo, and Oliver Knussen, and accompanying soloists such as Tasmin Little, Nicola Benedetti, and Dame Evelyn Glennie. She is also in demand as a band leader for Musical Theatre productions, including 'Cabaret', 'Evita', and 'Les Miserables'.